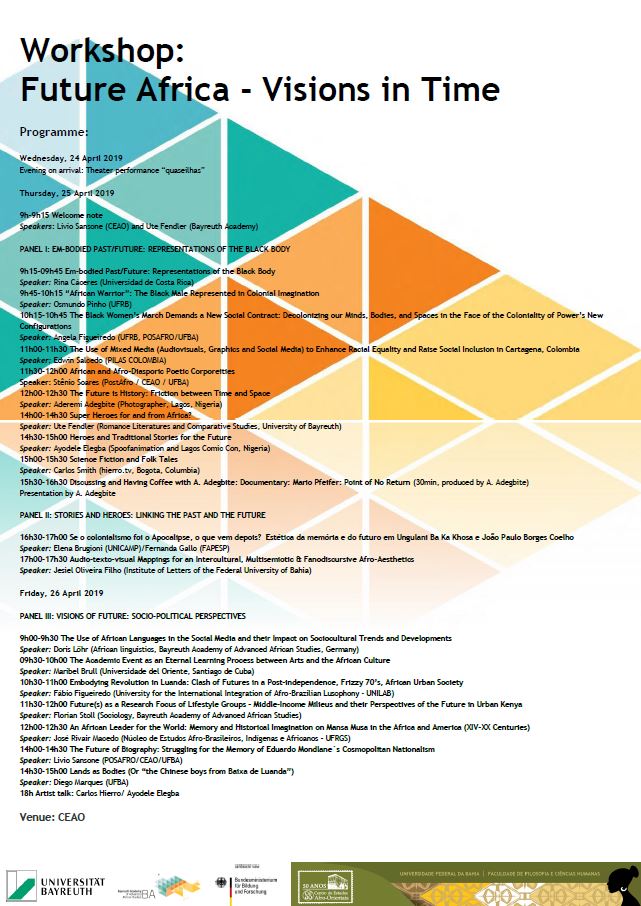 Visions of Future in Africa was part of a research project at the Bayreuth Academy of Advanced African Studies, University of Bayreuth, Germany. In exchange with the Centro de Estudos Afro-Orientais (CEAO), Universidade Federal da Bahia (UFBA), Salvador de Bahia, the different representations of Africa in Time and Space will be discussed, which often clash as mythic and mystic images of Africa clash with conceptualizations in contemporary sociopolitical contexts and their respective artistic expressions. At this workshop, researchers and artists present and exchange their visions of Future Africa, which is also always intimately linked to concepts of history and memory.

Outline
This International Workshop aims to transcend the regional logic that underlies the organization of African Studies, as e.g. in the European AEGIS network, the North American ASA, the African ASAA, or the Australia-Asia-Pacifi c Institute (AAPI). By bringing African, Asian, Australian, American, and European perspectives together and strengthening the exchange between African Studies centers, the International Workshop will foster forms of exchange that have so far only
happened on a limited scale. In addition to casting a wider net by convening representatives of African Studies institutions, we also pursue thematic objectives, as expressed in the International Workshop title. How does the
wide range of approaches to the study of Africa on a global level refl ect the diversity of regional and multidisciplinary viewpoints? To what extent do methods and theories depend on regional or disciplinary contexts and on their particular relation to each other and to the African context?

Link for the programm, here

06/2017 ‑ Co-organization of the Workshop: Cooperation between NEMLIA Hide

The Africa Multiple Cluster of Excellence, established at the University of Bayreuth in January 2019, takes a new approach to the study of heterogeneous and mutually influential African ways of life and world-making by focusing on the multi-directional and multi-layered processes of relating in which they emerge. It is based on a new conceptual framework that foregrounds multiplicity and relationality in order to rethink notions of diversity, plurality, and connectivity, thus shifting the focus from diverse, discrete entities that have connections towards the continuous relational processes involved in their continuous production and reproduction. As the main concepts of the Africa Multiple Cluster, multiplicity and relationality raise questions about knowledge production in a wide range of themes and contexts, connected with different interests and priorities.

Although based at the University of Bayreuth, the cluster is conceived as a large network of research partners in Africa and beyond. While some institutions have been partners of the Institute of African Studies at the University of Bayreuth or of the Bayreuth International Graduate School of African Studies for a long time, fostering cooperation in research, joint activities, and the training of young researchers, others have joined the cluster only recently. The latter include four universities that have been selected as locations for our African Cluster Centers: the University of Lagos (Nigeria), Université Joseph Ki-Zerbo (Ouagadougou, Burkina Faso), Moi University (Eldoret, Kenya) and Rhodes University (Grahamstown, SA). They will contribute to the cluster’s agenda in substantial ways, participating in the development of concepts, theories and methods while defining research questions that are of relevance in different contexts. Other preferred partners of the cluster include the Council for the Development of Social Science Research in Africa (CODESRIA), the Point Sud Centre for Research on Local Knowledge, the Collaborative Research Centre “Future Rural Africa” (Universities of Cologne and Bonn, Germany), the Merian Institute for Advanced Studies in Africa (University of Ghana, Legon), the research center Les Afriques dans le Monde (LAM) in Bordeaux (France), the African Studies Program at Indiana University (Bloomington, IN, USA), and the Centro de Estudos Afro-Orientais (CEAO) at the Universidade Federal da Bahia (Salvador de Bahia, Brazil).

The conference will be preceded by the award ceremony of the coveted BIGSAS Journalist Award on October 29 and conclude with a closing event where we celebrate the cluster together with our guests and a fusion concert featuring musicians from three continents.

If you would like to attend please register by email: africamultiple-international@uni-bayreuth.de 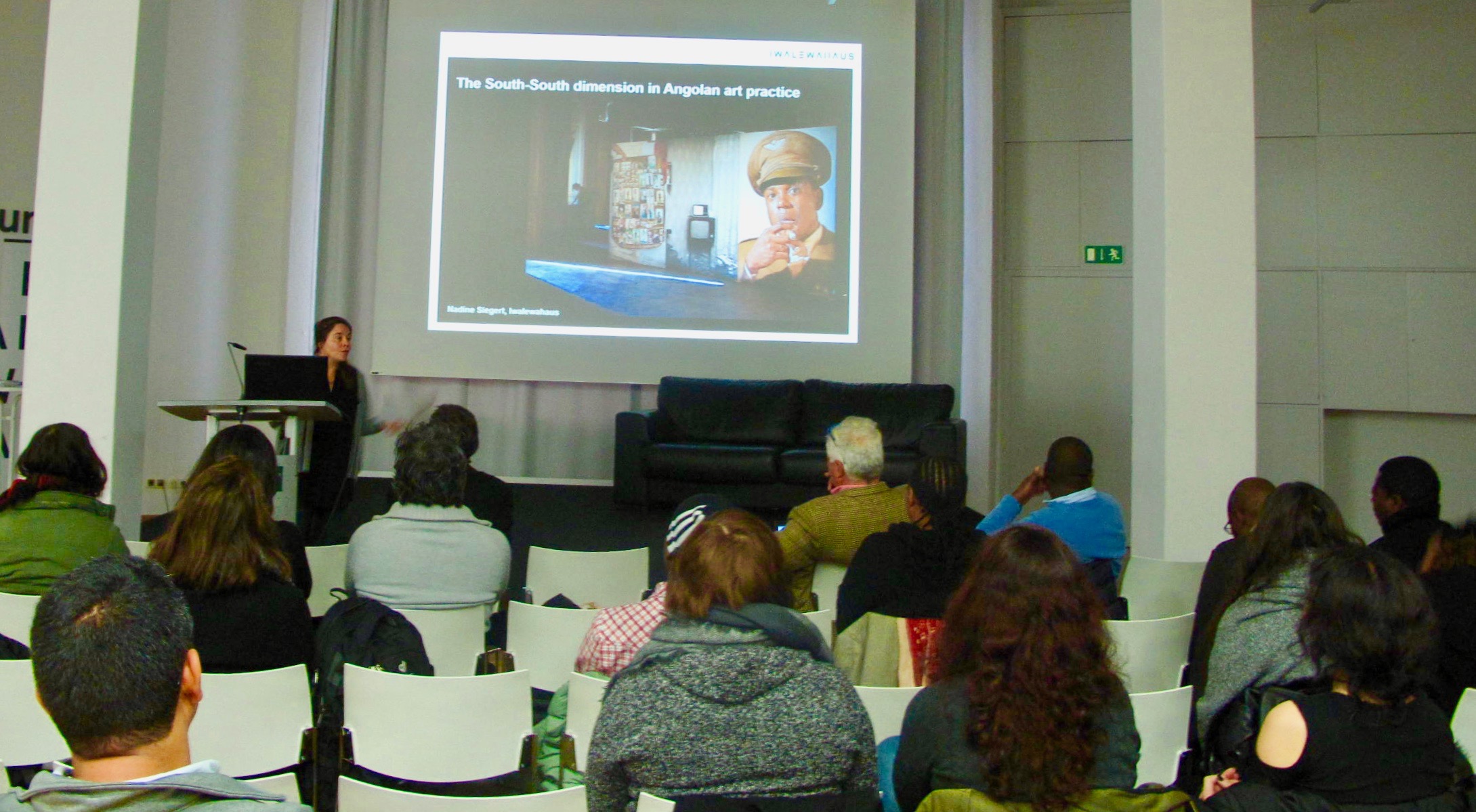 This pace-setting workshop brought together both experienced and early-career specialists on African and Afro-Diasporic Studies in order to share the results of their various projects and to map out ways of further strengthening South-South research co-operation amongst partners. Participants came from the host University of Bayreuth, the Federal University of Bahia – UFBA (Brazil), Federal University of Recôncavo da Bahia – UFRB (Brazil), University of Valle (Colombia), as well as the Eduardo Mondlane University (Mozambique). With interesting research presentations mainly from the domains of  Social Geography, Anthropology, Literary Studies, Media/Cinema and Linguistics, the debates centered around possibilities of strengthening trans-disciplinary research collaboration that would enable members of these universities to carry out joint projects that fit the agenda/competences of its researchers, promote the capacity-building of junior researchers (including PhD students) and come up with meticulous theoretical tools that do not just adequately address disciplinary diversity, but also contribute to knowledge building in interrelated but nevertheless peculiar spaces such as Africa and South America. In a deeply interesting keynote, Livio Sansone (UFBA) strongly encouraged researchers to pay special attention to new forms of movements, subjects, knowledges, imaginaries that ‘travel’ along the hitherto Middle Passage and explore the research opportunities that it offers. The key organisers, Ute Fendler and  Eberhard Rothfuß (University of Bayreuth) also presented the AGORA online platform  – the predecessor of our current Djumbaiala platform – aimed at visibilising research and artistic works of the stakeholders in the South-South initiative and also to reach out to new publics that are not necessarily academic in nature. This workshop was one of its kind and during the strategic meeting that closed the event, members discussed possible courses of action and the time plan for prospective events were envisaged.

Link to the workshop 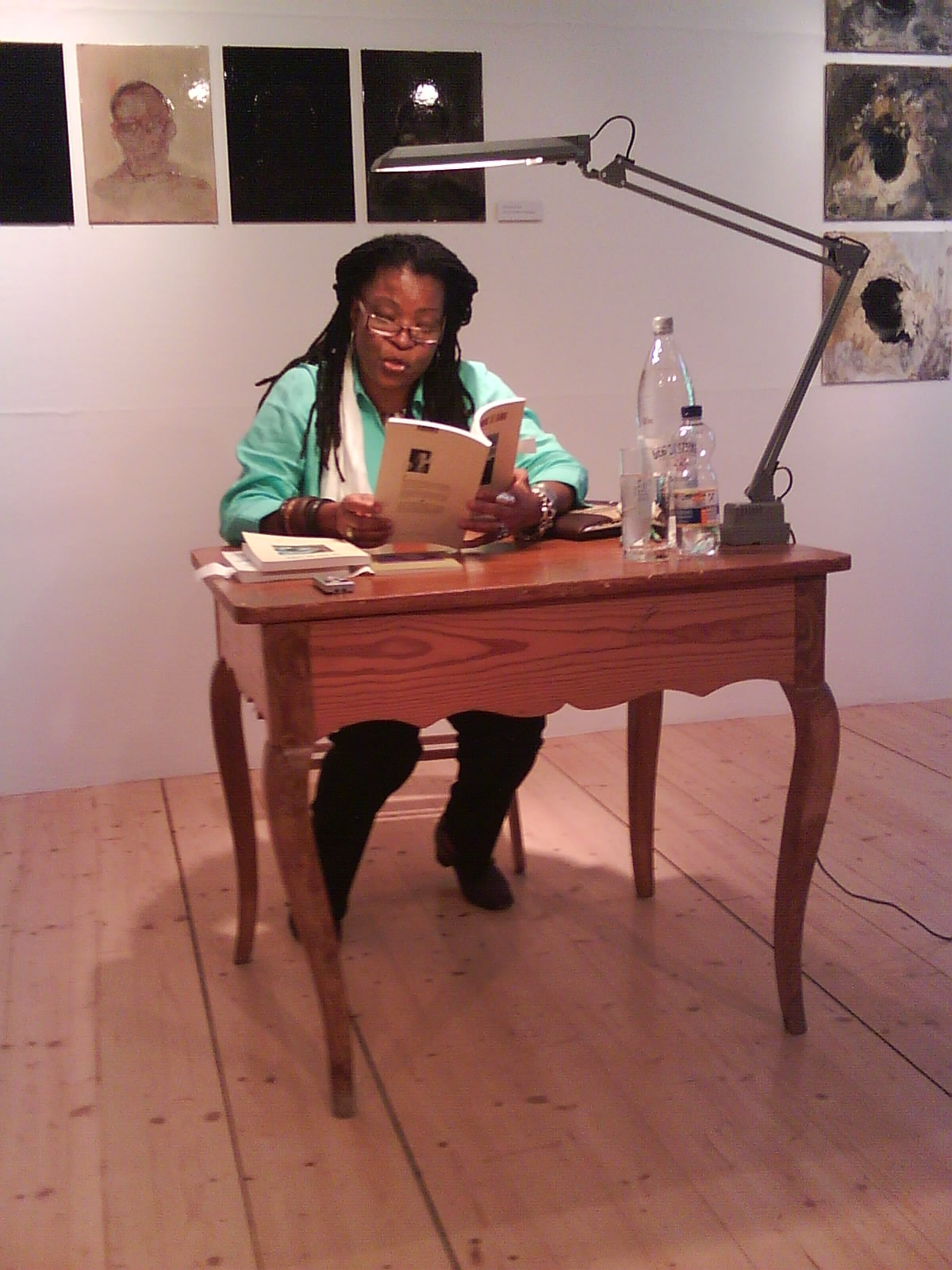 When dealing with translations from the standpoint of their implications in a given context, the researcher can choose a series of analytical tools, suited to the kind of inquiry he/she wants to carry out on his/her corpus. In this lecture, two tools are discussed and one is proposed.
First, the langue dominante / dominée opposition (Casanova 2002), which replaces the central /peripheral antinomy. Secondly, the notion of import device (Gouanvic 1999), i.e., the group of agents and institutions playing different roles in the process of literary or –more generally– textual import: translators, editors, literary agents, critics, academic subjects, among others. Thirdly, the notion of figures of translators is proposed, i.e., the set of features (prerogatives) the agent him/herself, among other importers, displays in the context: mention or omission of his/her name, other roles played in the cultural field, relationship with local cultural or political elites, etc. 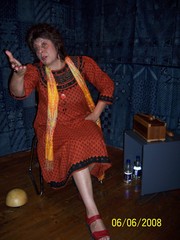 Encounter with the film director Jacqueline Kalimunda on her film homeland in the seminar in violence in interdisciplinary perspectives, Prof. Fendler and Prof. Beck

Jacqueline Kalimunda is a director born in Kigali, Rwanda, 32 years ago. After graduating in business and in history she started working first in production then as an editor for 7 years on documentaries (with Jean Xavier de Lestrade on The Justice of men…) and on short and middle length feature films. She also worked on television series. Finally she wrote, directed and co-produced her first film in 2002, a 23 minutes short film called About Braids that was awarded numerous prizes included the best short film Award In Milan 2003.
Homeland is the conclusion of a long project started when she was researching mages of Rwanda for her graduation thesis with historians Jean Pierre Chrétien and Hélène d’Almeida Topor. She is now preparing her first feature film.

My Rwanda
By Jacqueline Kalimunda
The figures show a glimpse of the horror that hit Rwanda in 1994. One million people killed in one hundred days. One million people killed in a population of 8 million. Just because one part of the population feels Hutu and another one feels Tutsi.
I was born and lived my childhood and teenage years in Rwanda and the horror that Rwanda went through strikes me as much as the paradox of this situation. Indeed anyone who has lived in Rwanda has tales of friendship and love between some members of the 2 communities as much as tales of hatred and segregation. So what happened for so many Rwandans to be transformed into killers ? One million dead… How many killers ? How many watchers ? Furthermore as much as it seems so obvious to point out the Hutus from the Tutsis, if you ask anyone in Rwanda or elsewhere to show you who is Hutu, who is Tutsi, many, if not all, will confuse the too. Especially since everyone speaks the same language, has the same culture and live in the same areas. Identity cards – with ethnic groups marked on - were not always asked at the barriers where many were killed. So how did the killers manage to separate, isolate and massacre 10000 people a day ? How did they know who was who ? By the length of the nose ? On the other hand let’s not be naïve, it does seem that, although Rwandans are known to be rather quite people, they have always had to express any change in society or in politics by shedding blood : 1959, 1963, 1973, 1979, 1994.
When I was preparing this film in Rwanda I looked for people who had personal viewpoints based on their own life’s experiences. People with different opinions, who were ready to confront with opposing arguments.
So welcome for a journey with strong minded companions, in a beautiful land of violence, extreme beliefs and wicked politics… my homeland.

What does Jacqueline Kalimunda told us? Some extracts:

No one answered for me the question of how a group speaking the same language, living in the same territory with the same cultural values can decide to split and organise a mass killing against members of the same group. No one was able to explain how so much cruelty was possible from regular individuals towards their friends, neighbours.
I then decided to ask the ones who had gone through the whole process...
When I met people, I tried to know them not only through their experience of the genocide but also through their regular lives...
My personnal story is also shown in the film as part of a collective drama. I do not pretend not to be there. And I don’t try to hide opinions differing from mine. I remain subjective just as I try to preserve my interviewees subjective opinions...
The idea was that through the use of a construction that may be considered unrealistic, I may be able to get closer to expressing the feel of a moment...
More than stories I have to admit that I was interested in transmitting emotions...
As an individual I represent nothing more than who I am. As an individual with a camera, if I manage to convince my interviewee that I am sincere in my questions and that I am able to understand (hence the issue of language and face to face communication), I represent the medium for an individual to pass on to the future or to the others messages that are rarely told in other circumstances...